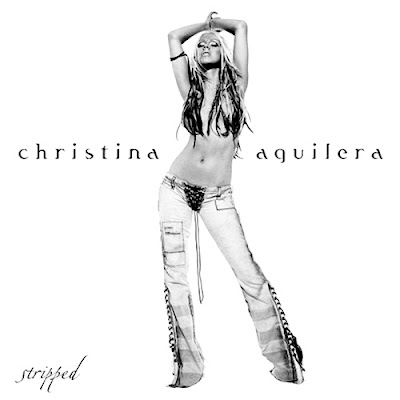 Seven years ago today CHRISTINA AGUILERA had released one of her best albums to date STRIPPED, well I would like to think it was her best Album, but some might think otherwise. Stripped was not widely accepted in the United States because of the song that she had chosen as the 1st single. Dirrty broke the barrier and let everyone know just who Christina actually was. She was no bubblegum artist, she was an artist with substance, an artist with edge, an artist with a voice. She was and is a force to be reckoned with. This is to another 7 years. Can't wait to celebrate the NEW albums birthday.

Stripped went to sell 330,000 copies in the First week out and landed on the #2 spot on the Billboard Hot 100. She sold 4,100,00 copies in the United States alone. It sold more than 13 million copies world wide. "Dirrty" and "Beautiful" reached the #1 spot in the UK Billboard Chart. "Dirrty" didn't even reach the top 10 in the US and "Beautiful" reached the #2 spot.

VOTE on the POLL!